You are here: Home / Fair Labor Standards Act / There Might Be a Way to Settle that Wage and Hour Claim After All…

Your employee claims you owe unpaid wages (usually that means overtime), and you’re starting to lose some sleep. You’ve heard how wage and hour claims are on the rise, and how they can add up to significant dollars. First there are the wages themselves. Then there are liquidated damages equal to the amount of the back wages. In other words, whatever you otherwise owe the employee in back wages gets doubled. Then there are attorney’s fees. There may also be fines and penalties. You may also have heard that paying the claimed amount and getting a release from the employee may not even be enough. The employee might still be able to sue, claiming that you didn’t pay everything owed. The only surefire way to release such claims is through a settlement approved by a court or a designated representative from the United States Department of Labor. ( I previously wrote about that here).  Well, I might have some good news for you. There might be another way. Let’s have a look… 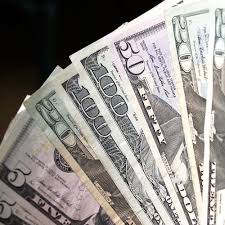 If you’ve followed my blog before, you know I don’t like to keep you in suspense, so I’ll get on with it. The United States Department of Labor created a pilot program that it has now extended. It’s called the Payroll Audit Independent Determination – or PAID- program. The stated purpose of the program: to get employees paid all back wages and to help employers correct their payroll-related mistakes.

So how does this program work? Let’s say you become aware that you misclassified an employee as overtime-exempt and that employee has worked a lot of overtime. You can self-report the wage violation and provide a calculation of the amount owed.  Now I know at least some of you are getting a little nervous here, but bear with me, OK? You then enter into a settlement. The DOL supervises the settlement and the release of the claim.

Does that sound too easy? Are you suspicious? Are you still not comfortable with self-rep0rting? I certainly understand. The DOL foresaw that and it is holding forums across the country to explain the benefits. They already hosted one in Alpharetta, Georgia on October 24, and another in Manchester, New Hampshire on November 6. There will be another one in Houston on December 6 at Houston Community College, and more will follow.

Are you still skeptical? Again, I understand. Here are some advantages: You may know that when an employee can prove that the wage violation is willful s/he can claim up to three years’ back wages. The DOL has said it will not seek a third year of back wages, and you also would not have to pay liquidated damages or penalties. (This to me, along with the claim for those amounts being released once and for all are probably the biggest advantages.)  The DOL will not issue a press release (which it usually does) and, subject to Freedom of Information Act (FOIA) requests, will keep your company’s identity secret. Additionally, the DOL will not investigate the underlying merits of any issue that you self-report, but will only check the calculations for accuracy.  You must then pay all back wages owed by the end of the next full pay period after receiving the summary of unpaid wages and provide proof of payment in a timely manner. The entire process from beginning to end is supposed to take no more than 90 days.

What must you do to participate in the PAID program? You answer a screening questionnaire on the DOL’s website, in which you certify that the issue you are self-reporting is not already subject to pending litigation. (By the way, “pending litigation” also includes pre-litigation letter from an attorney notifying you of the dispute and some type of demand that you do something to settle the matter i.e. pay up.) You will then have to review some “compliance assistance materials” and certify that you have done so. You can get more information here.

Now, no solution is ever perfect and this one is no exception. As I see it, there are two significant disadvantages: 1) This program does NOT release state wage and hour claims; and 2) If the amount of back wages is very large (especially if more than one employee’s wages are at issue) it may not be possible to pay all the back wages by the next pay period.

For what it’s worth, the DOL is actively working to partner with their state counterparts to ensure release of both federal and state claims. If any of the states in which your employees work are in partnership with this program, you are in luck. Even if they are not now, it is worth it to keep checking. Alternatively, you can do what I have previously suggested here, which is to include in your release an acknowledgement from the employee that the amount of wages specified and paid pursuant to the settlement accurately reflects all wages owed for all hours worked by the employee, or some similar language. This may also remain the best option when you simply cannot pay the entire amount of back wages owed in the relatively short time that the program requires. In either case, you will want to speak with employment counsel in the state(s) where your employees work to determine if the PAID program is a viable option for your company.

Finally, whether or not you participate in the PAID program, review your records and your classifications for all employees, and make sure, going forward that you are properly paying everyone so that, ideally, you don’t need to settle any issues later.

OK, that’s all folks — at least for now!

Contents of this post are for educational/informational purposes only, are not legal advice, and do not create an attorney-client relationship. Consult with competent employment counsel in the state(s) in which you employ people with your specific questions.

Before choosing an attorney, you should give this matter careful thought. The selection of an attorney is an important decision. If you find this communication to be inaccurate or misleading, you may report it to the Committee on Attorney Advertising Hughes Justice Complex, CN 037, Trenton, NJ

This site uses Akismet to reduce spam. Learn how your comment data is processed.

Join hundreds of other successful professionals and receive monthly updates and alerts regarding must-read employment law updates as well as invitations to our upcoming webinars.

Register for this Webinar

How We Can Help

All rights reserved. Copyright The Emplawyerologist Firm. Crafted with by 3P Creative Group.